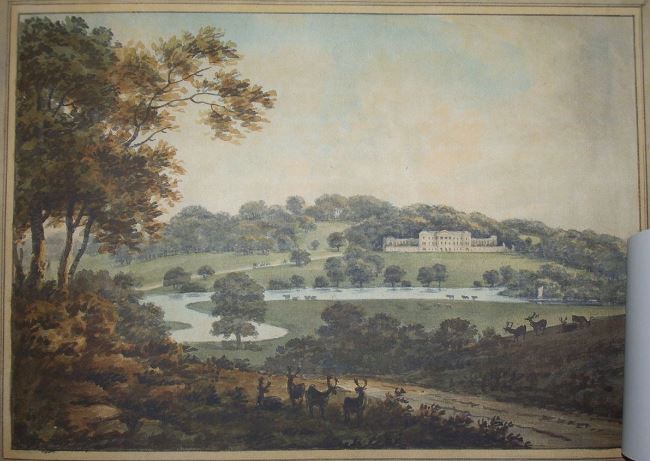 Humphry Repton advised the 5th Earl Cowper on the design of his new Panshanger Park in 1799. The tree-covered valley sides and the sinuous Broadwater that winds its way through the western end of today’s park are the result of Repton’s vision for the park, set out in his Red Book for Panshanger which is now in the Hertfordshire Archives at County Hall. His plan (below) shows how the little river Mimram was to be diverted to the north side of the valley below the house and in the autumn of 1799 sixty labourers were hard at work digging
out the base of the new Broadwater to create a much wider river meandering through the meadow on the valley floor. 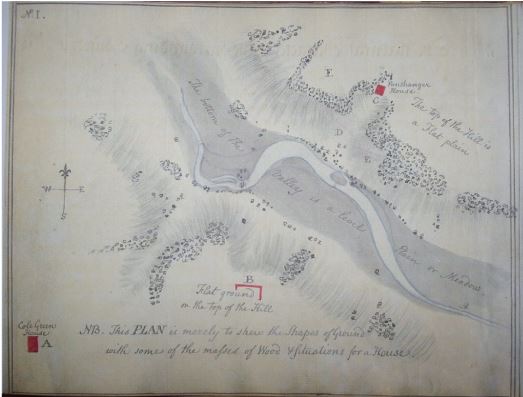 Immediately below Panshanger House (the red square marked C on his plan) Repton planned an island to hide the weir which separated the upper and lower reaches of his Broadwater. The island and weir are still there today. Repton described the view to the East with ‘the water going off in a long strait reach to a considerable distance, which is contrasted by the view towards the West where the great bend of the water is the leading feature’.

This next painting is Repton’s vision of the view across the ‘great bend of the water’ from the south side of the valley towards his proposed new mansion.

Tarmac and its predecessors have been extracting gravel from Panshanger Park for many years with permissions granted initially in the 1960s, then updated in the 1980s and, most recently, in 2003. The importance of the park as a beautiful landscape designed by Humphry Repton was recognised by English Heritage (now Historic England) in 1987 who awarded it Grade II* status for its ‘exceptional national historic interest’. This should have led to greater protection of the Repton design, but shamefully it did not.

This aerial photograph shows the large expanses of water that have been created in the valley as gravel has been extracted over recent years. Repton’s Broadwater at the western end of the park has been retained more or less intact but now Tarmac proposes to destroy the lower Broadwater by breaching the narrow strip of land between it and the lagoon they have already created to the south.Is it really worth destroying part of our national heritage in order to extract a few more tons of gravel?

The Hertfordshire Gardens Trust thinks not and is campaigning hard to protect what remains of Repton’s vision. Please join us and send your views to the Tarmac Estates Manager at mike.pendock@tarmac.com. 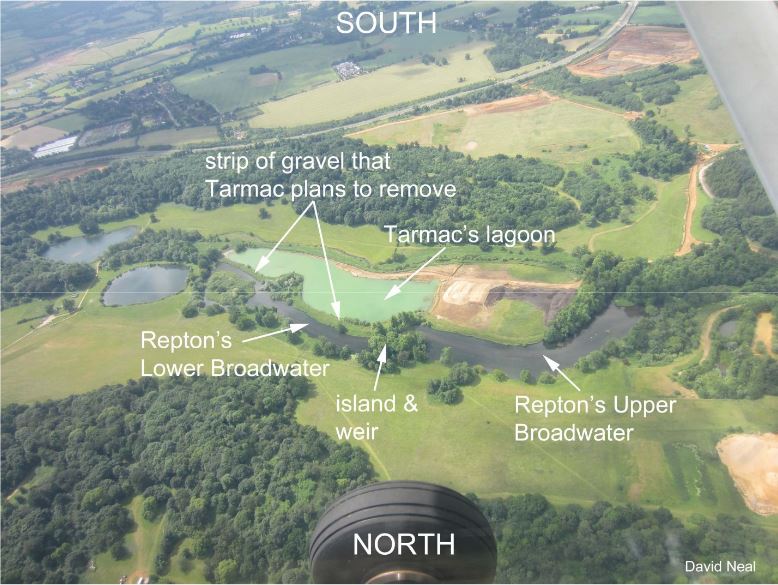