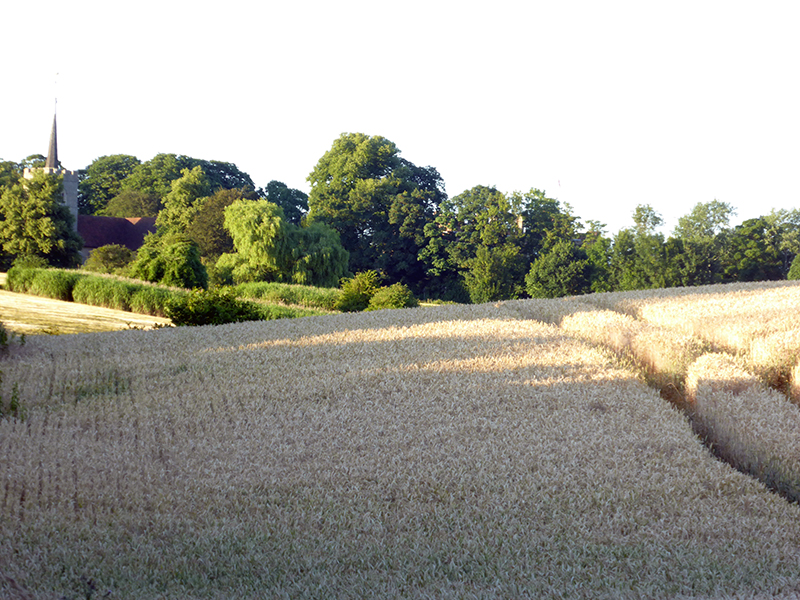 Recently HGT, following research by Anne Rowe and Tom Williamson were successful in having henry VIII’s great pond chain along the Hunsdon Brook recognised as a national Scheduled Monument. This should give it, and its setting, the greatest protection. We are therefor very concerned about the plans for this development which totally ignore the wealth of heritage assets in the area. Hunsdon Park, in particular merits much further detailed examination, lying as it does, between the Ponds and Hunsdon House (formerly the great Tudor Palace where Henry VII’s children were brought up in part)

Plan Details: 3/19/2124/OUT on https://publicaccess.eastherts.gov.uk/online-applications/

We have grave concerns that the many key heritage assets in this area will be harmed by this development. The documents in this application do not give sufficient information on specific measures to address light, noise, and traffic pollution on the heritage assets and indicate that the key parkland setting rising eastwards from Lords Wood will be destroyed.

The parkland lying between Lords Wood and Hunsdon House was part of the great Tudor parkland, further details of which can be found in Rowe, A Tudor and Early Stuart Parks of Hertfordshire. The ponds in Lords Wood, now a Scheduled Monument, are closely stylistically related to European Renaissance water features of the time, such as at Pratolino, at a time when Henry VIII was introducing renaissance culture into England. The parkland, formerly Pond Park, provides the setting for Hunsdon church, visible from the ponds area and is depicted in an 1546/47 portrait of the future Edward VI by William Scots, and is also the setting for the ponds which are now the SM.

To the south of the site lies the important 18th  century park and house of Briggens, and the park of Stanstead Bury, all nationally designated by Historic England. To the west of the site lies Olive’s Farm, purchased by Henry VIII as part of his Hunsdon estate, whose land overlooks the Pond Park. To the North of the site lies Hunsdon Park and House.

HGT, on our behalf, commented on the heritage significance of the Gilston Area including Village 7, during the Local Plan process and we also commented (2nd July 2019 – see attached) on the wider Gilston application 3/19/1045/OUT.

We consider that further consideration must be given to ways of mitigating the detrimental effect of the proposed development upon the various heritage assets. We would like to see the development removed entirely from the Pond Park section.